The following is the latest from our league, regarding the restart of league games from this Saturday (19th), please note, I have not yet got official confirmation as and when our first team will resume. As soon as I have information I will share on here and across our social media channels.

Following the announcement made on 10th December that confirmed the return of spectators to grounds in Tier 3 areas, we subsequently received a high number of requests from NPL teams asking to play league fixtures from Saturday 19th December.

In line with the statement issued yesterday morning it was the intention of the Trident Leagues to await notice of the implications of the latest Government review expected on Wednesday.

However, in view of the number of requests the Northern Premier League Board has taken the decision to permit clubs who are in agreement to play their league fixtures on Saturday 19th December with a 3pm KO.

Should there be any adverse changes affecting our Steps 3 – 4 as a result of any announcements made on Wednesday, we will advise you accordingly.  Otherwise we will look to resume the published league fixture schedule from Saturday 26th December for all clubs.

This decision is that of the Board of the Northern Premier League. 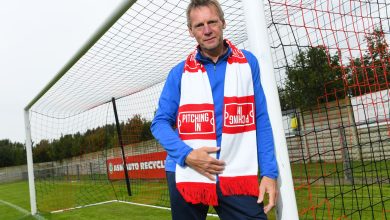